Facebook recently shut down posts by Australian “news” organizations on its platform.

The new proposed law, called the Media Bargaining Code is targeted squarely at both Google and Facebook in the first instance. More recent information about the actual law is here.

The Q&A document provided by the ACCC says that the reason this is necessary is:

And I wonder whether this is true?

One news site that I subscribe to is the New York Times. Others are the Washington Post, the Economist, and, while not strictly speaking a news site, The New Yorker.

So I thought I’d dig to see what the health of the New York Times subscriber base was, compared with that of Facebook. Statista is a nice site that generally makes its data plots available under the creative commons license, and I’ve included two of their plots below. 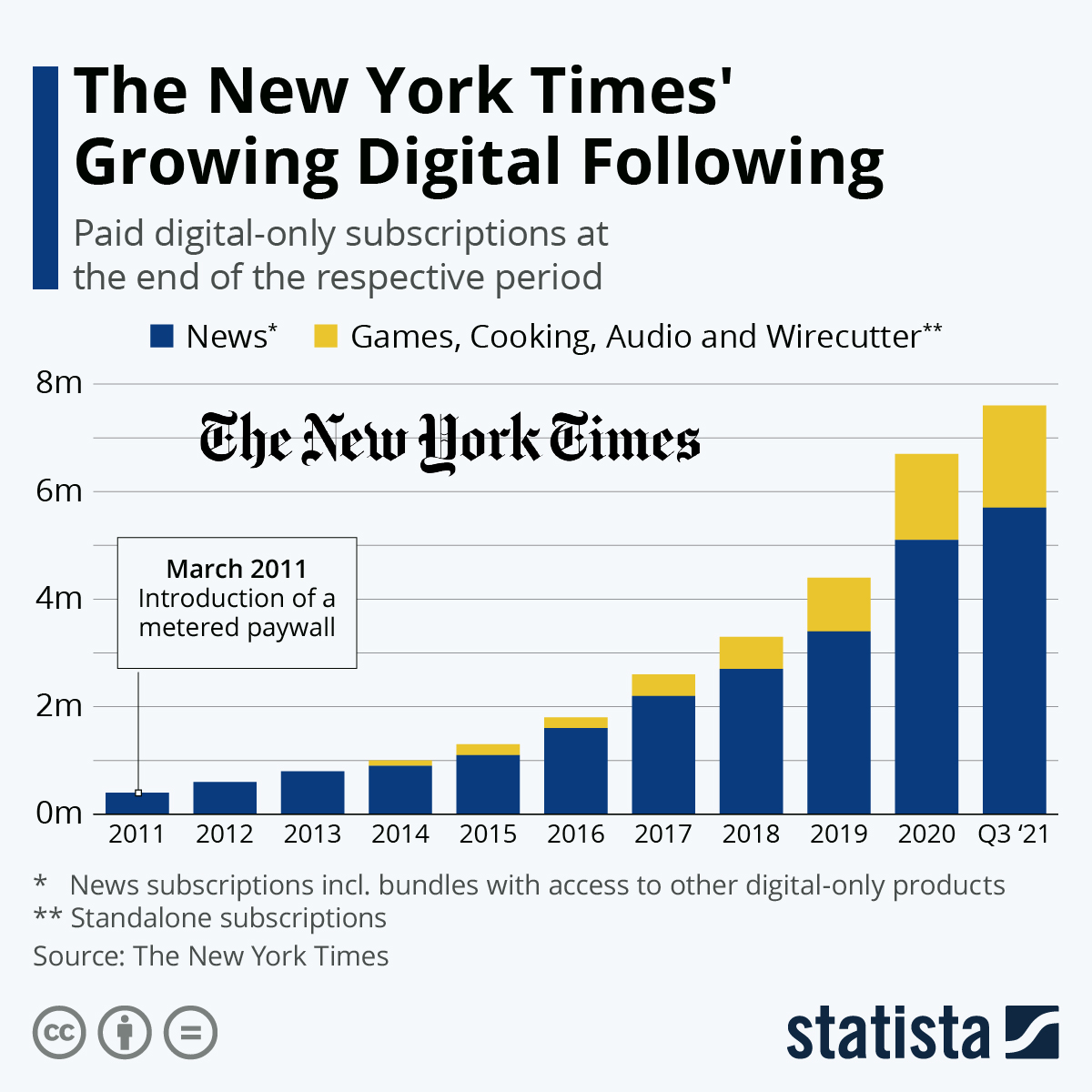 </a> You will find more infographics at Statista</em></p> White it's hard to say anything too specific about this, my first impression is that the New YorK Times (NYT) is doing *better* than Facebook in terms of subscriber numbers. What's interesting is that the NYT's subscribers **pay for their subscriptions**. Facebook users, as we all know, have access to the platform for free unless they want to advertise or take advantage of other bells and whistles that Facebook offers. So, why does the media in Australia need protection? Below is an outdated list of the largest media ownership percentage in several countries, including Australia. The table is taken from [this site](https://is.gd/UiQdVo) on **The Conversation**. Notice that the Murdoch media empire controlled 57.5% of the Australian market in 2016. That percentage has probably grown since then, but I'm having a hard time finding comparable and more recent figures. So, why? ### Google [It is interesting how different Google's approach was from Facebook's.](https://fortune.com/2021/02/18/facebook-bans-news-australia-google-deal/) Note that Google has already done a deal with the Murdoch group.